Fortified offers state of the art Bee and Wasp Control and extermination services. We understand the Bees and Wasps in our area and their proper remedy.

Often, wanting pest control for wasps and ants comes at the tail end of a crisis. If your home is overwhelmed with buzzing insects, finding a solution as soon as possible is extremely important. This is especially true if someone in your family is allergic to wasps or bees. Thankfully, a solution to your problem is as simple as calling for professional pest control specialists. Unlike other areas of the country, the types of bees common in include:

Native to southern Africa, the Africanized bee population spread to the Americas due to scientists from Brazil in the 1950s. By the early 1990s, Africanized honeybees could be found in the United States. While trying to find a breed of honeybees that could adapt to the tropics, some managed to escape and interbred with honeybee species found in North and South America. They have a similar breeding pattern as honeybees, but the main difference is their larger size and antagonistic behavior.

Commonly called killer bees, they are extremely aggressive. They will sting pets and animals when they feel threatened. They can feel under attack if there are certain types of noises and vibrations. They are also sensitive to movement. While they have the same level of toxicity in their sting as regular honeybees, the fact that they often attack in a swarm makes them more dangerous. Once agitated, they can remain aggressive for hours.

Since they are unable to survive harsh conditions, Africanized honeybees tend to migrate when their hive is disturbed, it is too hot, it is too dry or there is a food shortage. Typically, they will nest in almost any location including abandoned vehicles, underground, in empty boxes and trees. Like honey bees, agriculturalists highly recommend that they are professionally removed instead of treated with chemicals by the homeowner.

Hailing from the Apis genus, honeybees are one of the various types of bees. They can build an impressively large hive of full of honey in a short period of time. Typically a light brown color, they are about half-an-inch in length. Honeybees are very social, and it is common for there to be up to 1000 bees per colony. Inside the hive, there are three types of bees including the male drones, infertile female workers and the sole egg-laying queen. A queen can lay up to 2000 eggs a day, and the adult workers feed the larvae with pollen and honey for about 21 days until they become adults.

Although most honeybees are non-aggressive, homeowners with allergies may feel threatened by the presence of any bees. This is especially true if they are swarming around looking for new food sources. Unlike other species, honeybees typically do not hibernate during cold weather months and instead choose to huddle for warmth while feeding on stored food. Generally speaking, there is a bee population crisis, and agriculturalists advise for homeowners to seek out professional relocation of the bees instead of using chemicals to kill them.

The wasps known as yellow jackets carry the Latin names Vespula spp. and Dolichovespula spp. Their physical appearance is yellow and black, and they can be a bit over half-an-inch in length. Sometimes, they may have white or black colors instead of yellow. With a slimmer waist than a bee, they have long wings that encompass their whole body. Because they have a substantial hind leg, they are often confused with bees.

Like bees, they are social insects that live in colonies with hundreds to thousands of yellow jackets. They are also similar to bees because they are pollinators, and they provide a service to people by eating harmful insects such as flies. They also known to eat sugary foods and meat from garbage cans. While bees tend to have a hive in an elevated place, yellow jackets pick a spot low to the ground. This means that you will find them in the base of hollow trees, under steps or under decks. Other common places for nest building are bushes or the corners of buildings.

Within the papery nest, a queen yellow jacket will lay her eggs. Once hatched, the queen will feed the larvae until they are mature. A single nest usually contains about 1000 workers that are sterile females. The males will appear in late summer, and they will mate with females that will hibernate through the winter. The sterile female workers and fertilizing males will die off during the cold winter months. Since yellow jackets aggressively defend their colony, most homeowners consider them to be a problem when the colony is too close to the house. In some individuals, yellow jacket stings are much worse than bees.

The solution for bees and wasps in your home

Now that you have a better understanding of wasps and bees, you know how difficult their presence is in your home. While there is a never-ending supply of wasps in the world, a special focus has been placed on bees over the past 10 years. Instead of using harmful chemicals and ineffective techniques to remove the bees yourself, call us instead. Fortified Pest Management will not only remove the bees in the most environmentally friendly way possible, but we will also work with beekeepers to transfer them to a more purposeful environment where they can do hard work like pollinating crops. 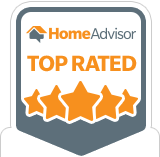 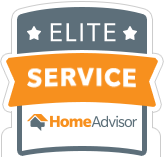 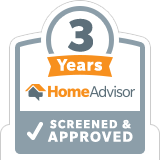